Who was Anubis in Egyptian Mythology?

Anubis was a jackal-headed god who was originally said to be the fourth son of the Egyptian sun god, Ra. However, in later times, he came to be regarded as the child of the vegetation god, Osiris, and Nephthys, the sister of ISIS. When Anubis was born, Nephthys hid the child in the marshes of the Nile delta to protect him from her consort Seth. The infant god was discovered there by Isis, the mother goddess, who subsequently brought him up.

When Osiris left Egypt to spread his teachings throughout the world, Anubis accompanied him on his travels. Later, when Seth killed Osiris, Anubis organised his funeral, binding him with cloth and creating the first mummy. As a result, Anubis came to be regarded as the inventor of funeral rites and was referred to as the “Lord of the Mummy Wrappings”. Anubis was depicted either as a jackal or as a man with the head of a jackal.

ANUBIS; Dog-headed God of the Dead.
Thy clawed hands drip blood-red.
Taking souls to the weighing scale.
Watching closely as some win, some fail.

Those that are light to Paradise they proceed,
But those that are heavy to AMMUT you feed.
The feather of MA’AT is too light to defy
what is in a soul and to Justify.

Orphaned child reared by ISIS.
Grown to Faithful watchdog and Embalmer of OSIRIS.
So, from that day forth, your claws were blood-red
for every human soul, you sever from the mummied dead.

ANUBIS! Hear my plea! I beseech Thee!
My soul is pure and will weigh lightly.
Tarnish it not with your claws of red
But place it with care in the place of the Heavenly Dead…

Anubis is perhaps one of the most recognizable gods in the Egyptian pantheon. Often, we associate him today with the afterlife and as the god of mummification.

The ancient Egyptians first referred to him as Inpu or Anpu. The word Inpu closely relating to ‘Imp’, meaning decay. It wasn’t until the arrival of the ancient Greeks that he began to be known as Anubis.

The Depiction of Anubis

The iconic appearance of the god is what makes him so easy to identify. He was often depicted as a man with the head of a jackal, and other times, he was seen as a regular jackal or dog that would accompany the goddess ISIS.

These two depictions seem to have been somewhat merged in more recent artwork, given us a more menacing and mysterious looking god. One that we’d almost expect as a guardian of the underworld.

The association between Anubis and the jackal was formed because it was pretty common for Egyptian jackals to lurk around tombs and graves—perhaps one of the main reasons that tombs became so intricate and elaborate was to keep the bodies of the dead safe from jackals and other animals.

The host of genetic research that’s been done over the years would suggest that the Egyptian jackal associated with Anubis is, in fact, not a jackal at all but rather an ancient wolf.

Anubis’ fur or skin was depicted as black, and jackals typically have brown fur. The colour black was thought to be a symbol of death, but it was also a symbol of fertility thought to represent the river Nile’s fertile black soil.

The Story of Anubis

The first-ever mentions of Anubis can be found in the ancient pyramid texts and some of the ancient tombs of the old kingdom, where he was seen as the guardian and protector of the dead. After all, Anubis was originally considered to be the god of the underworld—only later he then became associated with the embalming process and mummification.

When all of the body parts of Osiris had been collected, the responsibility of mummification fell to Anubis—a process that had not been seen before and one that would provide a model for all subsequent mummifications to follow.

It was believed that when Osiris’s body was embalmed, and the funeral rights were ready to be performed, his brother SETH, once again, attempted to attack him, this time taking the form of a leopard. Anubis was able to stop the god, branding him in his leopard form with a hot iron rod and then flaying his skin, wearing the leopard coat as a warning against anyone who would dare to defile the bodies of the dead.

It became a pretty common practice that any priest attending to the dead would wear leopard skin to celebrate the victory of Anubis over Seth. Interestingly enough, the story of Anubis branding Seth while he was a leopard, is a story used to explain how leopards got their spots.

When Osiris did eventually pass into the underworld, Anubis stepped down, making Osiris the new ruler out of respect for the god. Anubis, however, did maintain a crucial role, helping guide souls through to the afterlife.

Anubis’ Role in the Underworld

When a new soul would arrive in the underworld, Anubis would escort them to the hall of two truths where they would have their heart weighed against a feather. The feather was thought to represent Ma’at, the goddess of balance and order.

Anubis oversaw the weighing process, and the ceremony was performed in front of Osiris and the judges of the underworld. The demon known as Ammit waited by Anubis’s side. If the heart weighed heavier than the feather, they would not be granted passage to the afterlife.

They would be given one last chance to convince Osiris and his judges that they live their fair and balanced life. If they were unable to do this, they will be devoured by Amit and cursed to suffer a second death.

This entire ceremony led many to refer to Anubis as the “Guardian of the Scales”.

Like many of the other gods in Egyptian mythology, Anubis’s parents were quite an ambiguous topic. In some accounts, it was believed to be Ra and his wife Hathor, and in later myths, he was believed to be the son of either Osiris or Seth.

There are even links of Bastet as a potential mother because of her association of perfumed oils, similar to those that would be used during the embalming process.

Anubis’s wife, Anput, was thought to represent the female aspect of Anubis—in name and as well as in association as she was also seen as a goddess of funeral and mummification.

Together they had one child known as Kebechet, the goddess of purification and cooling water. She was often described as the serpent that purified the pharaoh. Many also associated her with the embalming liquid during the mummification process.

It was even believed that while the spirits of the dead waited during the mummification process, Kebechet provided them with water to help purify their souls.

The Worship of Anubis

Most of the individuals involved in the embalming and mummification process would worship Anubis by wearing masks that resembled the god during the embalming ritual. It’s believed that Anubis possessed vast anatomical knowledge because of the skills he displayed when embalming bodies.

The priests of Anubis were regarded as very skilled healers with a vast knowledge of herbal remedies. The large popularity of Anubis meant that he was worshipped all over Egypt, and his cult centre was in Cynopolis, located in upper Egypt. The ancient Greeks translated this to mean the city of the dog, which ties into Anubis close association with jackals and dogs.

Comparison Between Anubis and Hermes

The ancient Greeks drew some interesting parallels between Anubis and the god Hermes. Hermes may have been seen as the messenger of the gods, but he did also play a small role in the underworld, helping guide those to the river Styx at the beginning of their boat journey.

They even merged the two gods, creating a god known as Hermanubis—his role was quite similar to that of Anubis, and he even took the form of a man with the head of a jackal.

The worship of this variation of Anubis was particularly popular during the Roman rule over Egypt.

Despite how much of a predominant role Anubis had in Egyptian mythology, he doesn’t feature in many stories, and I guess we can attribute this to the difficulty of his task.

Death isn’t exactly something that stops, and all of Anubis’s time was spent helping the dead. Like many other deities associated with death, in Anubis, we have a stoic figure who shows complete devotion to his task.

Anubis both respects and protects the dead, and he plays an important role in the underworld; in that role, he remains unbiased and impartial, trusting that fate will determine the outcome of the souls that he escorts.

The recent depiction of Anubis in the tv show American gods is one that I feel captures this quite well.

Anubis is an extremely unselfish god who cares not for glory or status. We can see this when he allows Osiris to become the ruler of the underworld, as it does not affect his ability to protect and help the dead. 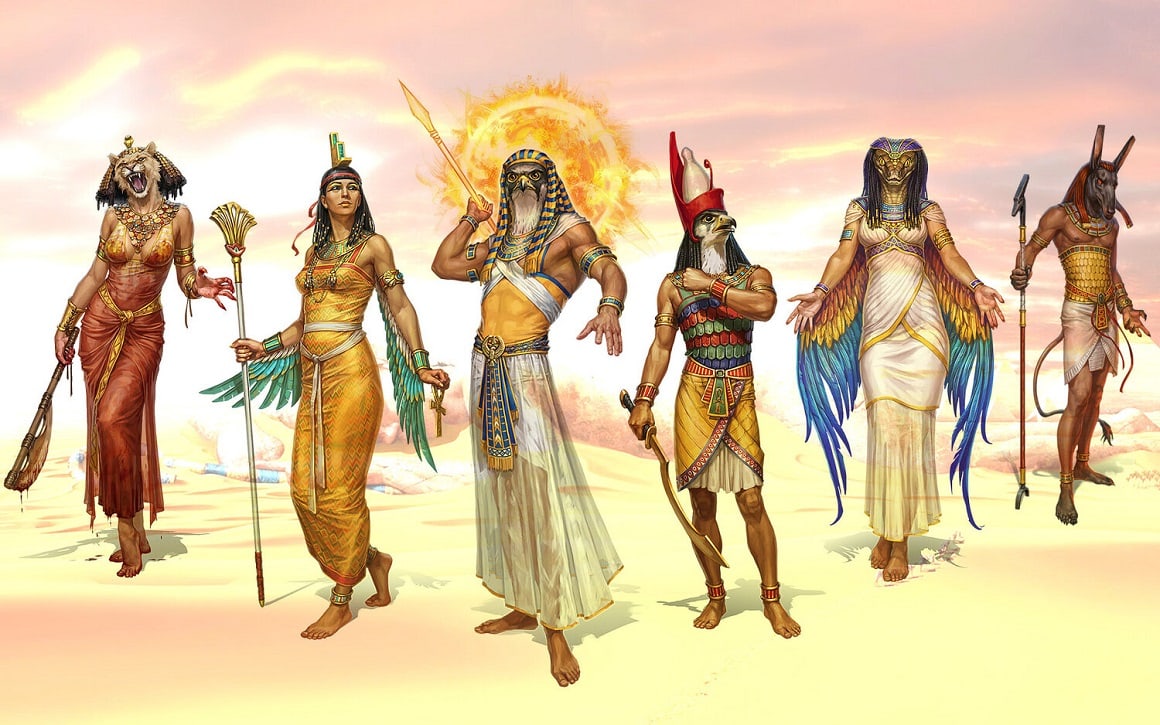